We are excited to connect with you. If you want to learn more about who we are, we encourage you to attend one of our events and meet us in person.
Call Us: (715) 598-1829 Schedule Appointment Attend an Event
Skip link

About The Wellness Way in Eau Claire, Wisconsin

Dr. Jordan Weil, DC
About
×
Dr. Jordan Weil, DC
A Wisconsin native, Dr. Jordan grew up in Milwaukee, WI. In high school, he participated in many sporting events, including track and field, wrestling, and CrossFit. Though these activities exposed him to the world of wellness, he first discovered his passion for chiropractic and a different perspective on healthcare when some of his family members became very sick and passed away at young ages. While his family’s health history heavily influenced Dr. Jordan’s road to chiropractic work, his own health struggles also played a large role.

Early in high school, Dr. Jordan began experiencing knee pain that prevented him from participating in track and field. The pain was so bad that he crawled to the athletic trainer during practice one day, just to be told he should “ice and rest it." Instead, Dr. Jordan eventually found relief from his pain by fueling his body correctly and receiving chiropractic adjustments to his knees and feet. Dr. Jordan spent years researching answers and seeking a different perspective, which led him to realize that the human body doesn't make mistakes, and it is capable of healing itself. With his new understanding, Dr. Jordan became passionate about ensuring none of his patients would have to go so long without answers to their health concerns.

Dr. Jordan has significant training and hands-on experience, beginning with his undergraduate degree from the University of Wisconsin Oshkosh. There he studied Pre-Med and Kinesiology, later going on to pursue his Doctor of Chiropractic degree at Palmer College of Chiropractic in Davenport, IA. While working on his doctorate, Dr. Jordan studied with top chiropractors in the profession and trained for three and a half years under world recognized spine and extremity expert, Dr. Mitch Mally. Dr. Jordan had the honor of traveling to England and France with Dr. Mally to teach techniques to other chiropractic students, an opportunity that only the most dedicated interns receive! He also spent three years learning from the Wellness Way practitioners in the student program while going through school, and another seven months training beside Dr. Patrick Flynn at the Wellness Way corporate office in Green Bay, WI.

Dr. Jordan is extremely passionate about finding the root cause to problems and helping his patients unlock the body's full potential for recovery. He truly believes that the healing journey can begin for anyone at any age, and he lives by the words of his mentors, seeking wisdom and working with consistency and purpose. Dr. Jordan is determined to bring this new perspective of health to the Eau Claire area.

During his free time, you can find Dr. Jordan practicing his golf game, weightlifting at the local gym, or relaxing with his beautiful wife, Jenna and their two dogs, Lucy and Chloe.

Dr. Alex is a motivated Twin Cities native with a variety of interests. As a toddler, he earned the nickname of “Robo-baby” because of his active nature. This followed him into his youth through his participation in skateboarding and hockey. He played hockey for 14 years, and during this time sustained a low back injury at the age of 14 while playing for his high school league. It was this experience that introduced Dr. Alex to the life-changing effects of chiropractic care. For a month of being injured, he was unable to run, kick a ball, or even perform the simple task of bending over. After exhausting his options in traditional healthcare without finding any solutions, Dr. Alex received care from a chiropractor who got him back on the ice in two weeks. It was that formative experience that led him to pursue a career in the health sciences.

After high school, Dr. Alex went on to attend the University of Minnesota – Duluth, where he obtained his Bachelor of Science in Exercise Science. After graduation, Dr. Alex decided to join the United States Army Corps of Engineers before attending chiropractic school at Northwestern. After beginning his studies at Northwestern, Dr. Alex became the president of the Veteran’s Club on campus and played a considerable role in advocating quality care for student veterans. While attending Northwestern, Dr. Alex also completed his Master of Science in Exercise Science at Concordia University – St. Paul. Obtaining this gave way to Dr. Alex writing his thesis on utilizing Jiu-Jitsu to manage PTSD symptoms in veterans, and now is an active member in the sport.

During the Covid-19 pandemic, Dr. Alex changed his perspective from the traditional approach of sports chiropractic to that of The Wellness Way. He discovered that the Swiss Watch principles developed by founder Dr. Patrick Flynn made sense to him, and he admired the values of the organization. Soon after, Dr. Alex obtained an internship under Dr. Patrick at the main office in Green Bay, WI during his final trimester of chiropractic school. Dr. Alex has always been fascinated by the “why” behind the occurrence of every disease and what can be done to restore function. In the spring of 2022, Dr. Alex graduated from Northwestern Health Sciences University with honors. The different perspective that Dr. Alex has learned through the Wellness Way has changed his life. As a sergeant, he always reminds his soldiers of General George S. Patton’s famous words: “if everyone is thinking alike, then somebody isn’t thinking.”

Jessica grew up in Wisconsin Rapids but has made Eau Claire her home for the past 25 years. As a UW-Eau Claire graduate with a BA and MBA in Finance, she spent many years in the business world, active in the Chamber of Commerce Young Professionals, and other community organizations. From an early age, healthy living was instinctively a part of Jessica’s life. As an athlete in her teens, she knew her body felt better when fueled by real food. But it was Jessica’s experience as a new mom that ultimately pushed her to change her career path.

When her oldest son was three, he developed a terrible cough resulting in a doctor’s visit resulting in a diagnosis for pneumonia and a round of antibiotics. The cough cleared up right away, but just as quickly returned a couple weeks later. After the second round with the same cough returning, Jessica suspected something else was triggering his reaction. A friend suggested getting his food allergies tested. Since this was outside of the doctor’s recommendation, she travelled to Children’s Hospital in MN and learned that her son had 5 IgE (anaphylactic) allergies from food he was eating almost daily. Those foods were removed from his diet and the coughing never returned.

This sparked a revelation in Jessica that something like this could be not only misdiagnosed, but also led to rounds of unnecessary antibiotics and destroyed her son’s already fragile gut microbiome. His allergies persisted through his entire childhood, often accompanied with hives, lots of digestive issues, and most notably

behavior issues, including ADHD. Everything she saw started to line up as becoming increasingly common for many kids, yet it wasn’t normal!

Through a lot of research, Jessica began dig for the root cause of these issues. It was her husband who began following Dr. Patrick Flynn and the Wellness Way. She joined the Academy to become a Health Restoration Practitioner because it felt like all the dots had finally been connected from her entire life. Her instincts were always there; the body does not make mistakes. We need to find and remove the triggers and allow our bodies to heal from the inside.

Now, as a mom of four children, she is a fierce protector of her children’s health and wellbeing, including learning more about childhood vaccines and their link to common childhood ailments. Her family follows The Wellness Way lifestyle, eliminating foods that their bodies can’t have, yet still enjoying nourishing, tasty meals.

Jessica knows and understands the challenges that come with this journey, and she wants to make it easier for individuals and families based on her experience and Wellness Way Academy training. 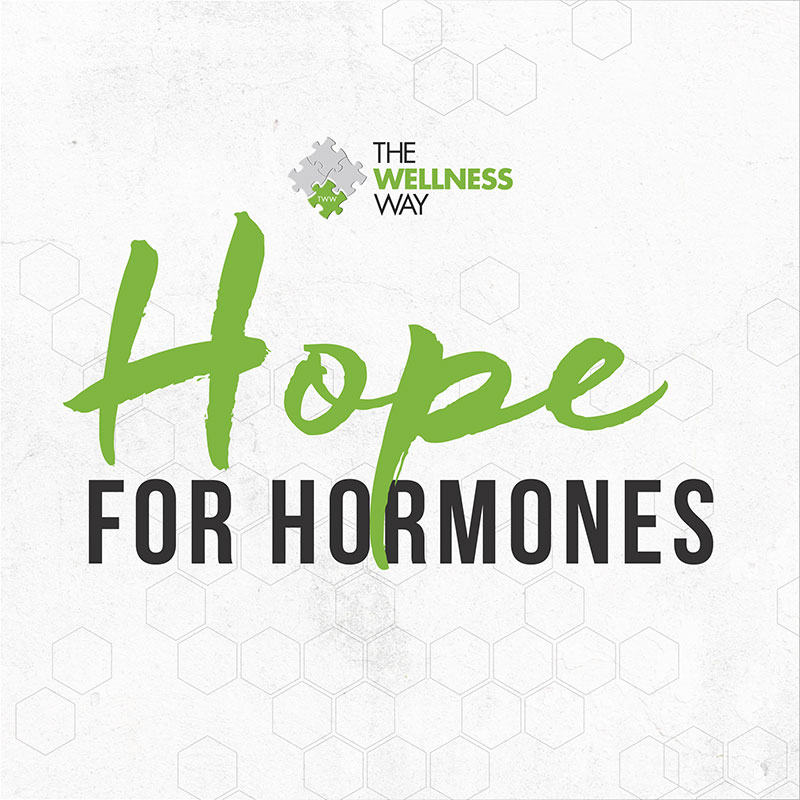 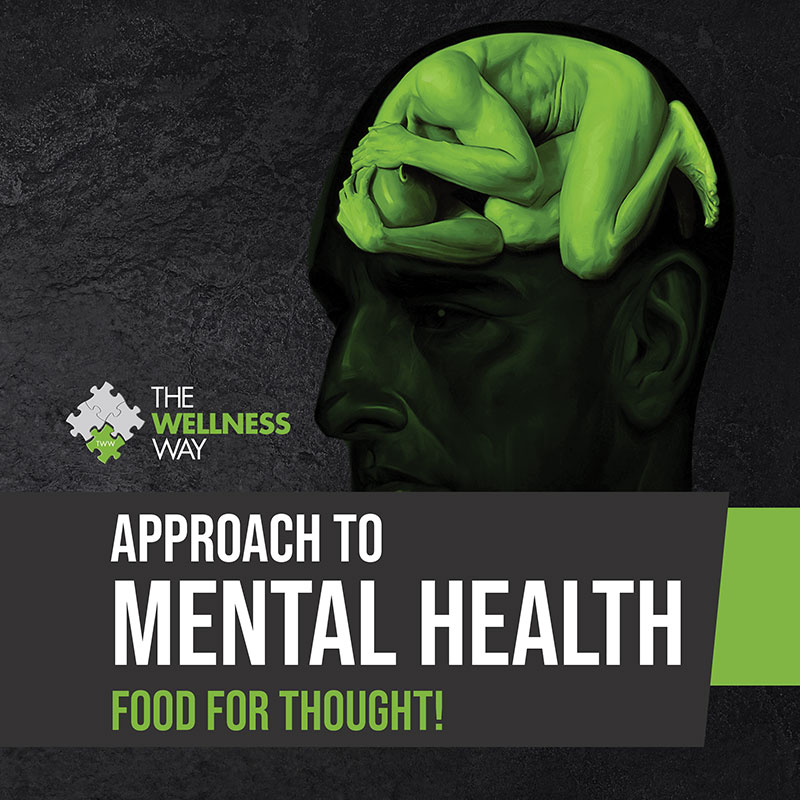 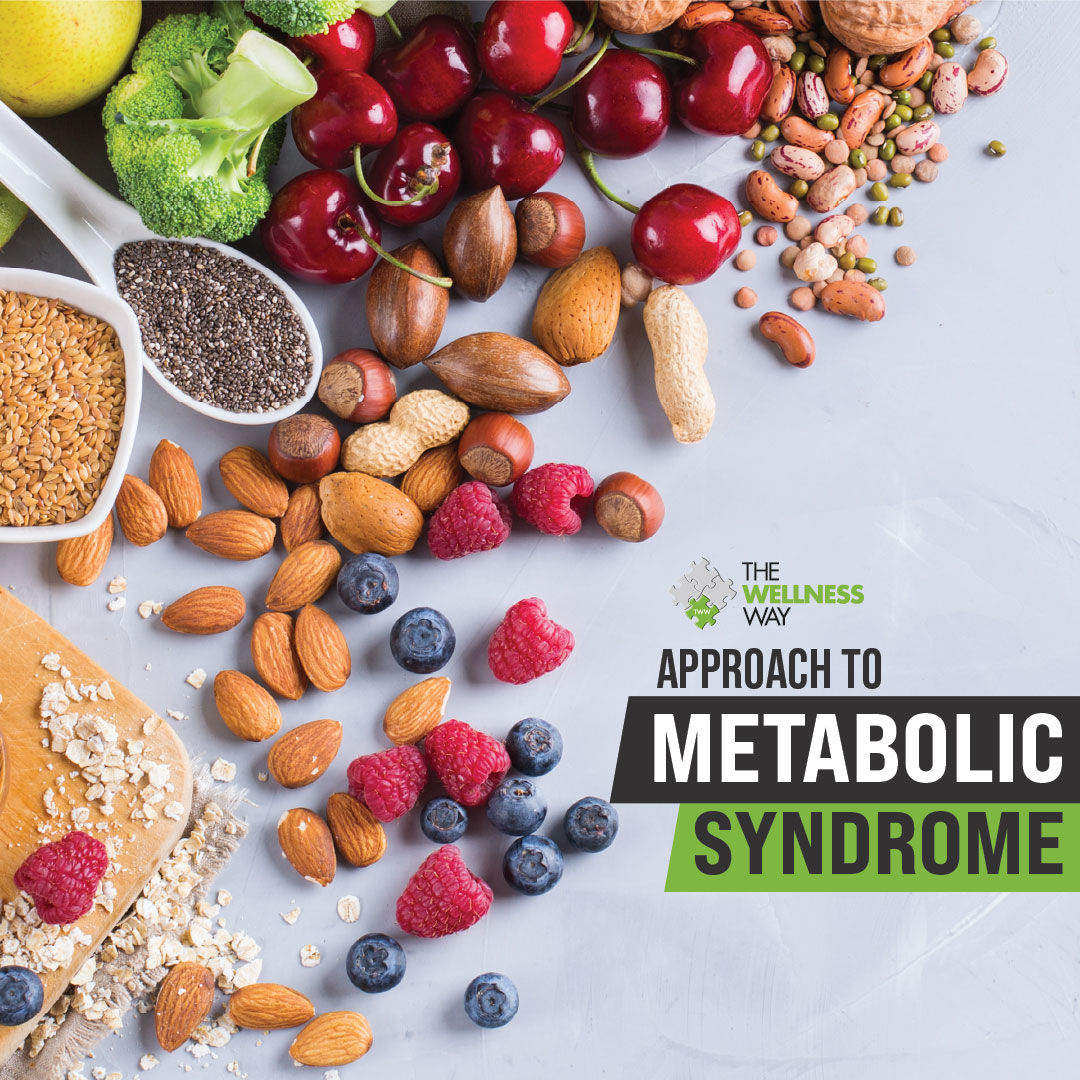 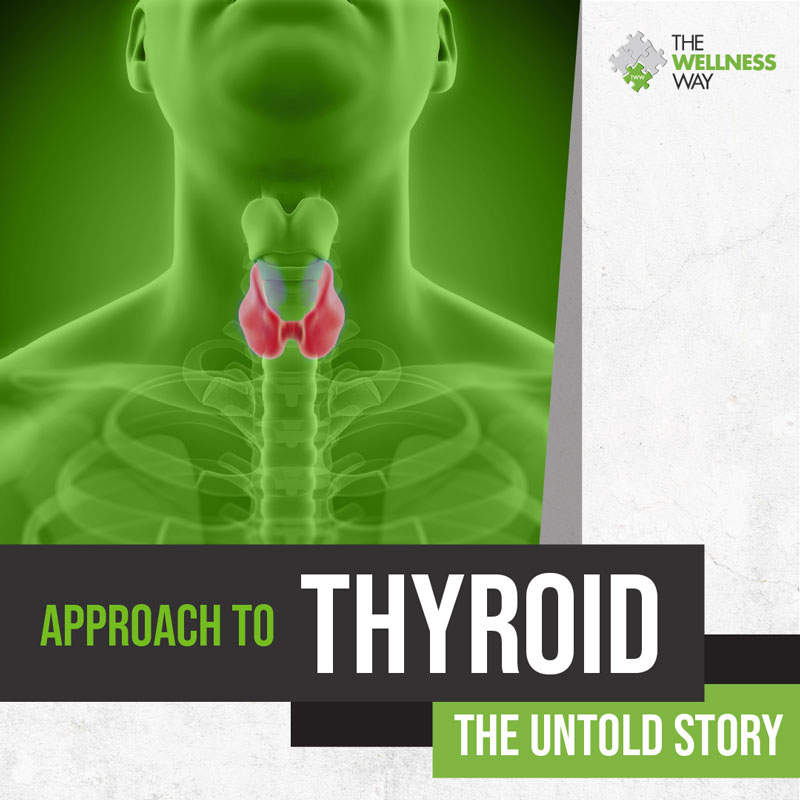 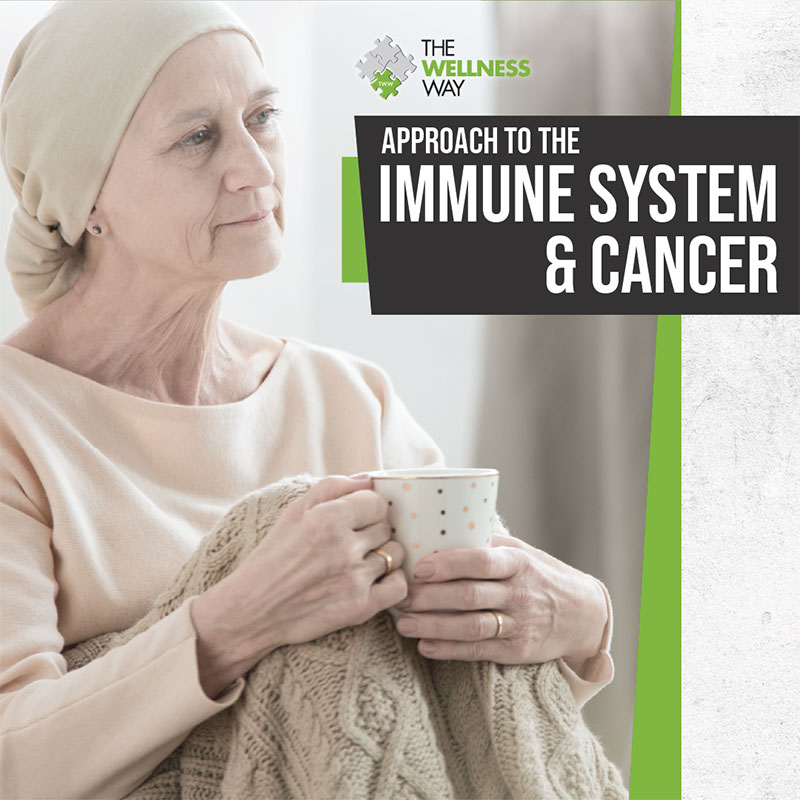 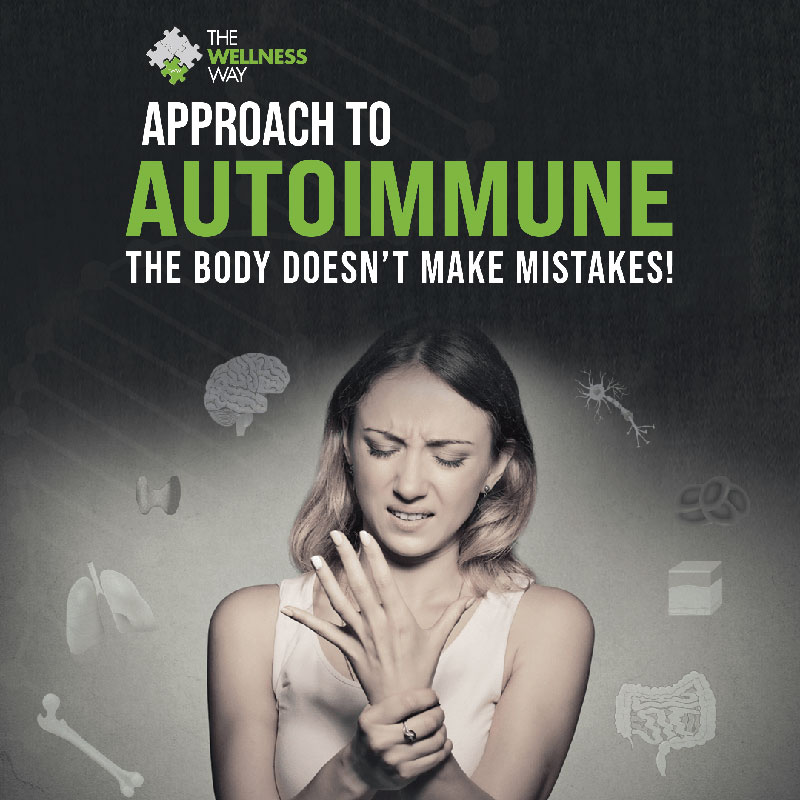 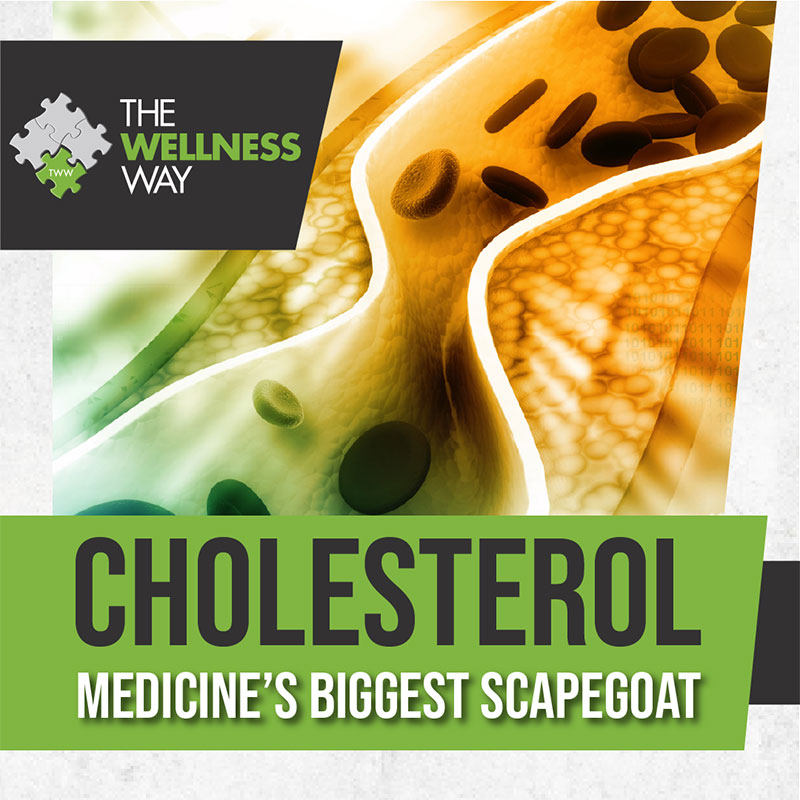 Thank you for considering The Wellness Way - Eau Claire for your health needs. Let's get started!

Complete the Health History Questionnaire. Email this document to eauclaire@thewellnessway.com.